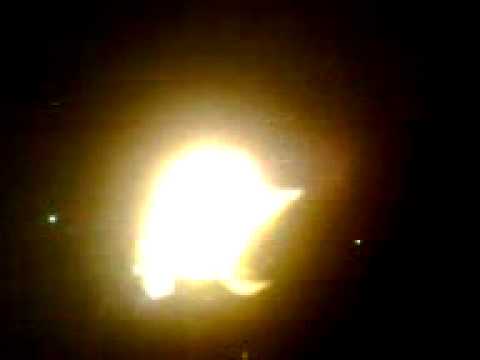 One of the big rivers in Semarang that divides hill land of Semarang is Kali Garang. This river separates two educational institutions in Semarang, namely Unnes on gunung pati and LPMP JATENG on the other side, srondol. currently both srondol hills and Gunung pati are very crowded, different from conditions 20 years ago, when not many people live here. lots of fields, rice field and small river. People live wit another creature at that time. One of The creature of the Kali Garang has characteristics, unique and different from other regions. The author himself is interested in writing after hearing stories from indigenous people who experience, see, events meeting and interacting with these creatures.

The creature of the Kali Garang that according to the author is unique that the original form has never seen details in its entirety, only a few physical characteristics that are identified, for example having light like lanterns, having beaks like birds, moving like birds. While the characteristics of habits are appearing at night, when this creature show off, the number is one, but if someone whistles it make the number multiply and it will chase the person carrying the lantern.

Termamang emergence at night around the rice fields and rivers, if you look from afar like seeing people walking with lanterns, to distinguish it we have to whistle. If the light of the lantern changes into two, it can be ascertained that it is Termamang, couse a person carrying lanterns or sentirs can’t be multiple by the whistle. When termamang close with human they will try to attack people carrying lanterns.

Children or adult used to play with this creature at night, they give gedebog (banana tree) the lanterns. Bring it to the middle of the rice fields then wait for termamang appearance, After that they whistling so many times so termamang will multiple into 2 then 4 then to 8 until reach hundreds. After becoming a lot, they will attack a gebebog fitted with a lantern. the result is gedebog full of holes like bird attacks.

The group of children passing through the rice fields in the night sometimes meets the termamang. While one of children make a joke by whistling to termamang so termamang become a lot and chases the children who carrying the lanterns. The solution to the situation is to turn off the lantern and run as fast as possible. But If you can’t running then what you do is sit and bark like a dog. If that is done, the large number will shrink into one again and leave.

In addition, the information is different from Banaspati in both physical and habitual characteristics. Banaspati only has one number, either in the middle or not. The size of a banaspati like a torch that floats is greater than that of the torch. The size is like a centrifuge (lentere from a small bottle). Seeing from the behavior is banaspati very dangerous because it can attack humans physically.

Fortunately Termamang isn’t dangerous And just tends to attack people who carry lanterns or torches. the appearance or physical form is not scary and how to overcome it is also not difficult, just turn off the lantern / torch that we carry and squat or sit while barking like a dog.

At present the increasing number of human inhabitants around the times it was fierce to make these creatures extinct or move to other quieter areas. but if you have to came to LPMP Jawa Tengah try to take of walk to river kaligarang at nigh, maybe if you luck, you can meet Termamang, one of creatuere of kaligarang.